Our Partners in Change

HUMAYUN’S TOMB IS A UNESCO DECLARED WORLD HERITAGE SITE IN DELHI. AFTER SVAYAM SIGNED A…

Humayun’s Tomb is a UNESCO declared World Heritage Site in Delhi. After Svayam signed a memorandum with ASI to help make their sites in Delhi, Agra and Goa accessible, Humayun’s Tomb became the third site in Delhi to be audited. The detailed report has been submitted to ASI and is pending implementation. The report highlights the need for improvement of access to the Parking, Entrance, Ticket Counters, Main Tomb, Toilets, Canteen, Drinking Water and Publication Counters with uniform signage and mobility equipment to visit the campus.

Lal Quila is another UNESCO declared World Heritage Site in Delhi. The Audit report is under execution and implemented in part by ASI. It highlights the need of improvement in access to monuments, internal pathways, toilets, canteen areas, drinking water, parking and signage etc.

At the request of ITDC,Svayam conducted an audit of the Parking Area that has been developed by PWD and ITDC. This area was earlier occupied by the Indian Army and had many temporary structures. The report is pending with ITDC & ASI for implementation. Major issues relate to accessible pathways, reserved parking lots and accessible toilets.

Svayam carried out a detailed audit of JalianWalla Bagh, Amritsar on the invitation of ITDC. Report is under execution by ITDC. Major issues relate to accessible internal pathways, parking, public conveniences and access to exhibition etc.

Inter-State Bus Terminus at Kashmere Gate is the oldest and an important Bus Terminal under the Delhi Transport Department. Due to the old building and a large number of buses originating and terminating from here, to and from different states of northern India, many concerns related to access needed to be addressed. Common among them are accessible toilets, drinking water, internal accessible walkways, ticketing counters, accessible connectivity with other modes of transports like taxi/auto rickshaw stand, city buses and Delhi Metro. The report is pending consideration of Transport Department, Delhi.

Detailed audit of New Bus Q Shelters by Svayam revealed that the New Bus Q shelters were not accessible from the road or bye-lanes as the pathway on which they merged were not supplemented with accessible curb-cuts. In the audit Report, Svayam gave a detailed design for making these accessible. These were later accepted by DTC and their future designs were accordingly amended.

Qutub Minar is the first World Heritage Monument that Svayam audited. Audit findings were shared with the ASI and after long persuasion; the monument became the first heritage monument to be made accessible by ASI with active handholding by Svayam.

Svayam audited 240 Public Conveniences under the NDMC, either being run or proposed to be run on PPP Mode. None of the toilets were accessible for the disabled. In its audit report Svayam provided site-specific solutions and also a generic standard design. While the standard design was accepted for all the future tenders of the NDMC, the toilet specific audit recommendations are pending with NDMC for implementation.

Svayam conducted an access audit of a Bhikaji Cama Complex, a major district centre in Delhi and highlighted inaccessibility issues in the media and thereafter, shared the reports with Delhi Development Authority (DDA).

Audit Of Govt. Of India Buildings

Svayam signed a MoU with Ministry of Urban Development, Govt. of India to audit around 64 government buildings across identified cities in the country. The Ministry also invited Svayam to be a part of the core committee to harmonise multiple guidelines on barrier free environment prevailing in the country.

To ensure that the elderly & persons with disabilities are able to enjoy and appreciate these ancient caves, Svayam joined hands with Archeological Survey of India and conducted an access audit of the Ajanta & Ellora Caves.

Svayam partnered with Ministry of Home Affairs, Govt. of India to undertake access audit of 181 police stations including 11 district DCP offices in Delhi.

Svayam undertook an access audit of Mumbai Monorail and highlighted the best practices that have been incorporated and has helped in providing an accessible transport system.

Svayam conducted an access audit of the Ashoka University located in Kundli, Haryana with an objective of making the university campus an inclusive and barrier free learning space.

Svayam conducted an access audit of O.P. Jindal Global University, Sonepat, Haryana and shared strategies to make the campus environment accessible to all.

We’re always looking to connect with those who share an interest in a future of mobility for all. 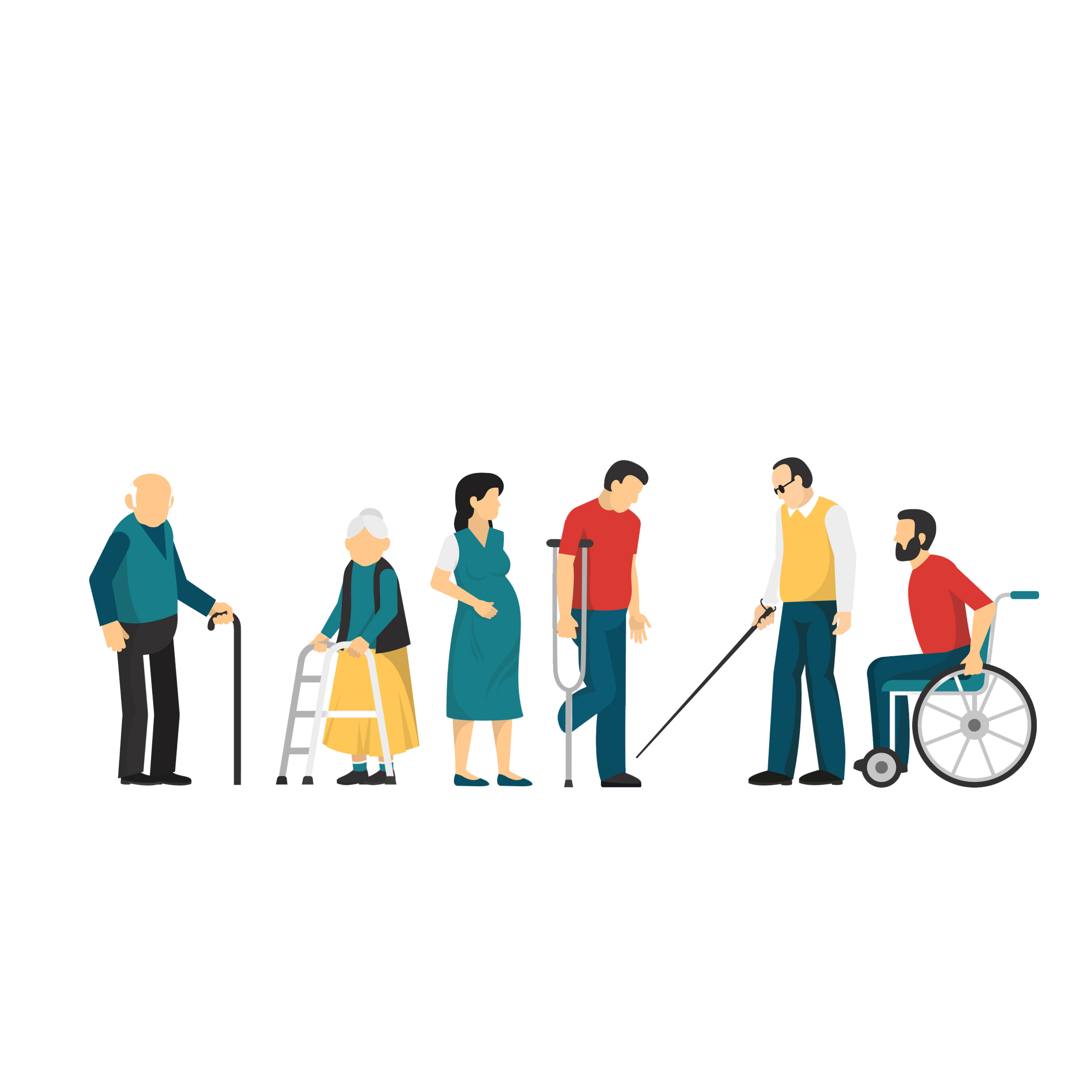